Yes, the new HTC Droid Incredible is no exaggeration. It’s a keeper as it naturally cuddles in the cup of your hand, insinuating itself like a heat-seeking puppy looking for a new master. I have fallen hopelessly in love with it under its enchanting spell, and I guess I have to say it was love at first sight. Frankly, I’m not a bit surprised that Droid is now outselling iPhone. 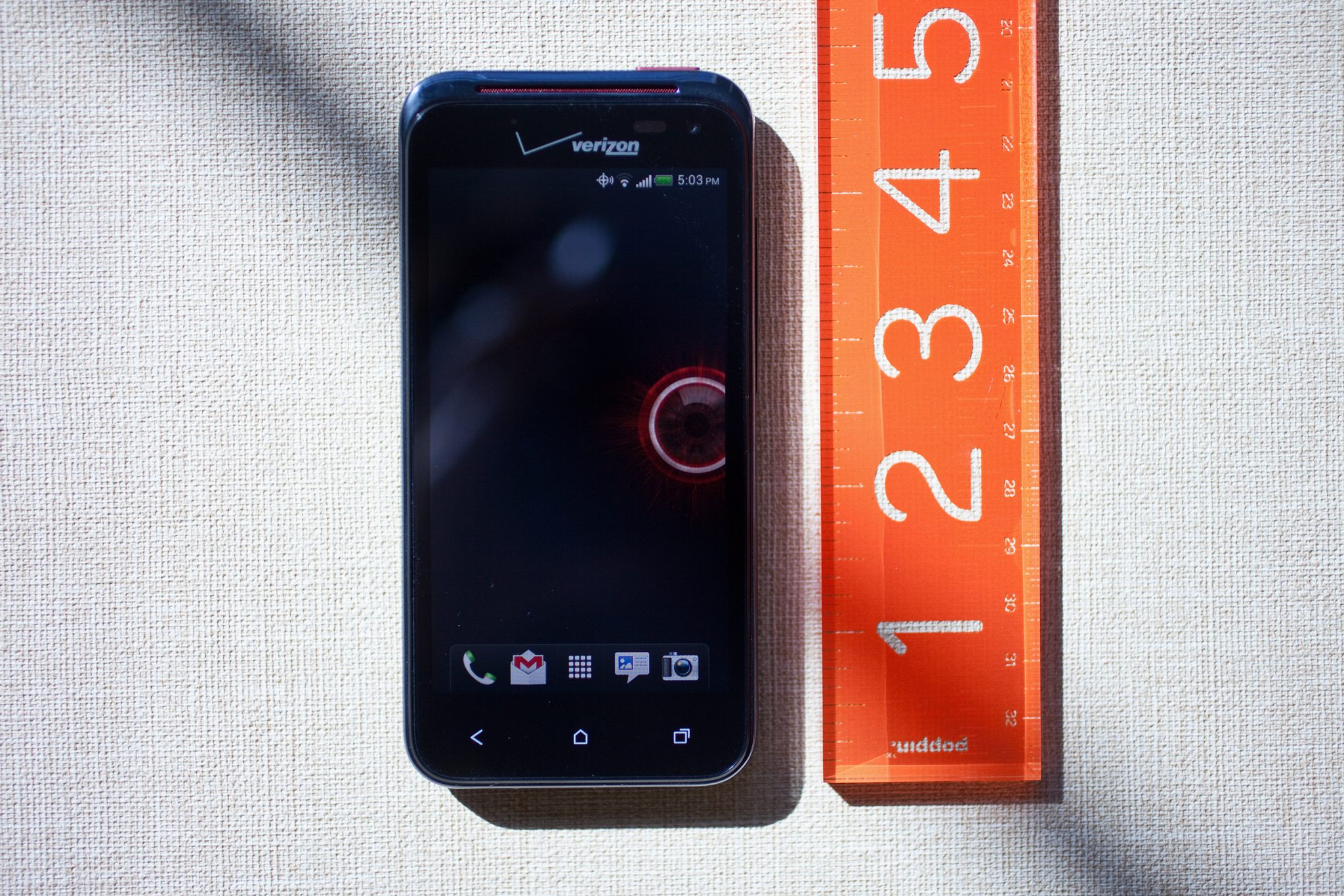 Contents Summary show
Why would I be swayed so compellingly? What about after the honeymoon?
Preliminary Attractive Features
New HTC Droid
HTC has loaded several worthwhile widgets and so has Google.
Kicking the Tires
What’s in the Box?

Why would I be swayed so compellingly? What about after the honeymoon?

Its appearance is sleek, with a shiny black case thinner than the iPhone and a larger screen. It measures 4.63 x 2.3 x.47 inches and weighs 4.59 ounces. Under the hood, it has a powerful GHz Qualcomm Snapdragon processor and a 3D chip for amazing gaming experiences on a 3.7 inch AMOLED 480 x 800 screen. The 8 MPX autofocus camera with dual-LED flash is another huge plus. While I was surprised that it only has 8 MB of onboard memory, it also has a micro SD slot that can handle up to a 32 MB card for a total of 40 MB storage capacity. There is 748 MB of ROM. At the bottom of the screen, there is an optical joystick Tessla. This phone is the product of a three-way marriage with Google, HTC, and Verizon with each making a solid contribution to bring a superior product to market.

Google contributes its mobile apps in enhanced form and the Android 2.1 operating system. One of my favorite Google/Android innovations is Google voice search, which works remarkably well, and is a major convenience that obviates typing. HTC contributes its manufacturing expertise and the Sense user interface that allows pinch/zoom with an amazing Web browsing experience. When viewing Web pages at any zoom level.

The text wraps and conforms to the screen size so that there is no sideways browsing required–what a pleasure. If you’re a social network junkie, there’s Friend Stream that conflates Twitter, Facebook, and Flickr into a single screen as if they were one program with a range of views possible. There are seven home screens where you can store widgets and apps for easy access. HTCs Sense allows you to pinch the screen to display miniature cards of all seven screens. Then tap on the one you want.

HTC has loaded several worthwhile widgets and so has Google.

Of course Verizon offers what is arguably the best mobile network with the widest, most trouble-free coverage.

Taking a walk around this beauty reveals an economy of external features. On the top is a power/phone options button. Next to that is a standard 3.5 mm ear plug jack. The right side is unencumbered with any pesky buttons to push inadvertently that may make your machine go crazy when you don’t want it to. The same is true for the bottom except that there is a small microphone hole and a slot for removing the back cover. On the left side are a volume rocker switch and a micro USB port for charging and syncing. The back has a free form, like a three-tier battery cover—the dual-LED flash to the right flanks the camera lens in the upper left corner. There is a small opening for the speaker.

Flipping off the battery cover reveals a shocking red interior with a red battery to match. You have to remove the battery cover to access the micro SD storage slot, which is a bit of a bother. I have already mentioned that large screen with its magnificent, bright resolution. There is a charging light at the top of the screen. Below the screen are four useful hardware buttons—FThereis a Home button, a Menu button, a Back button, and a Search button. From left to right, Double-tapping the home button invokes the Sense seven-card screen mode. A quick tap brings up a Google text search screen. Tapping and holding activates Google voice search, which is a Godsend as far as I’m concerned. 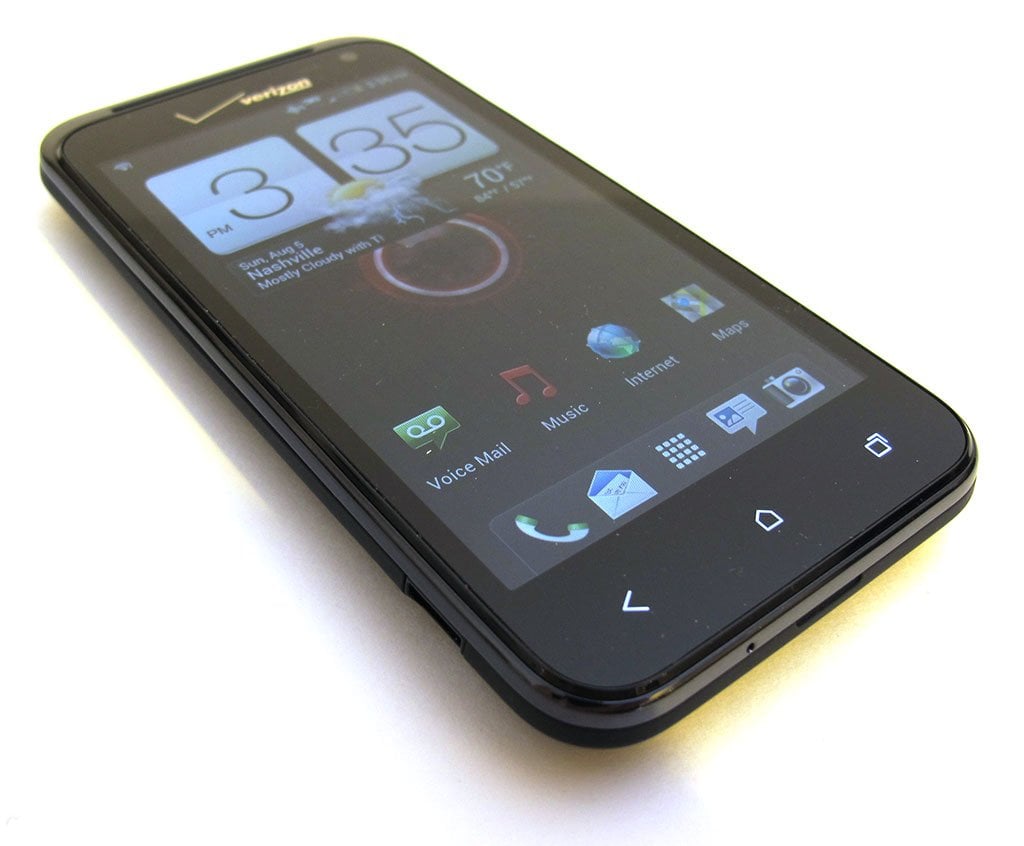 It used to be a big deal to be able to say a phone had Wi-Fi, Bluetooth, and more recently GPS. Now, however, that’s pretty much taken for granted, and I’m happy to report that the Incredible has all of the above. Speaking of GPS, Incredible users will benefit from an enhanced version of Google Maps for navigation and positioning in many applications. The navigation system is a turn-by-turn voice-driven app with satellite and photo views. The rerouting is the fastest I’ve ever seen, and it is usually spot on with up to date data and traffic notifications. There are some excellent geocaching apps available too that take all the old drudgery out of the process. It’s truly a pleasure to geocache with this device.

What’s in the Box?

The Triumvirate cannot be accused of not sparing any expense, for the box was pretty bare-bones with a quick start guide, an AC charger, and USB cable that works on the wall outlet as well as in a USB computer port. When connected with a computer, you can transfer files as well as charge the unit. There was no carrying case to protect this jewel, and there wasn’t even a micro SD card. It might have been a nice gesture to include at least a 2 MB card. Many applications will only install to a storage card, which could render the unit less functional until you can obtain a card. So, no extra points there.