The rumor mill ran wild following the highly anticipated MacBook Pro refresh. Liquid metal, standard SSDs, higher-res, updated design were among the false reports. What has changed, however, are the internals? This article will answer questions like: is this model worth upgrading to, or should I wait for the new model, will be answered in this article. Let’s start with the changes. 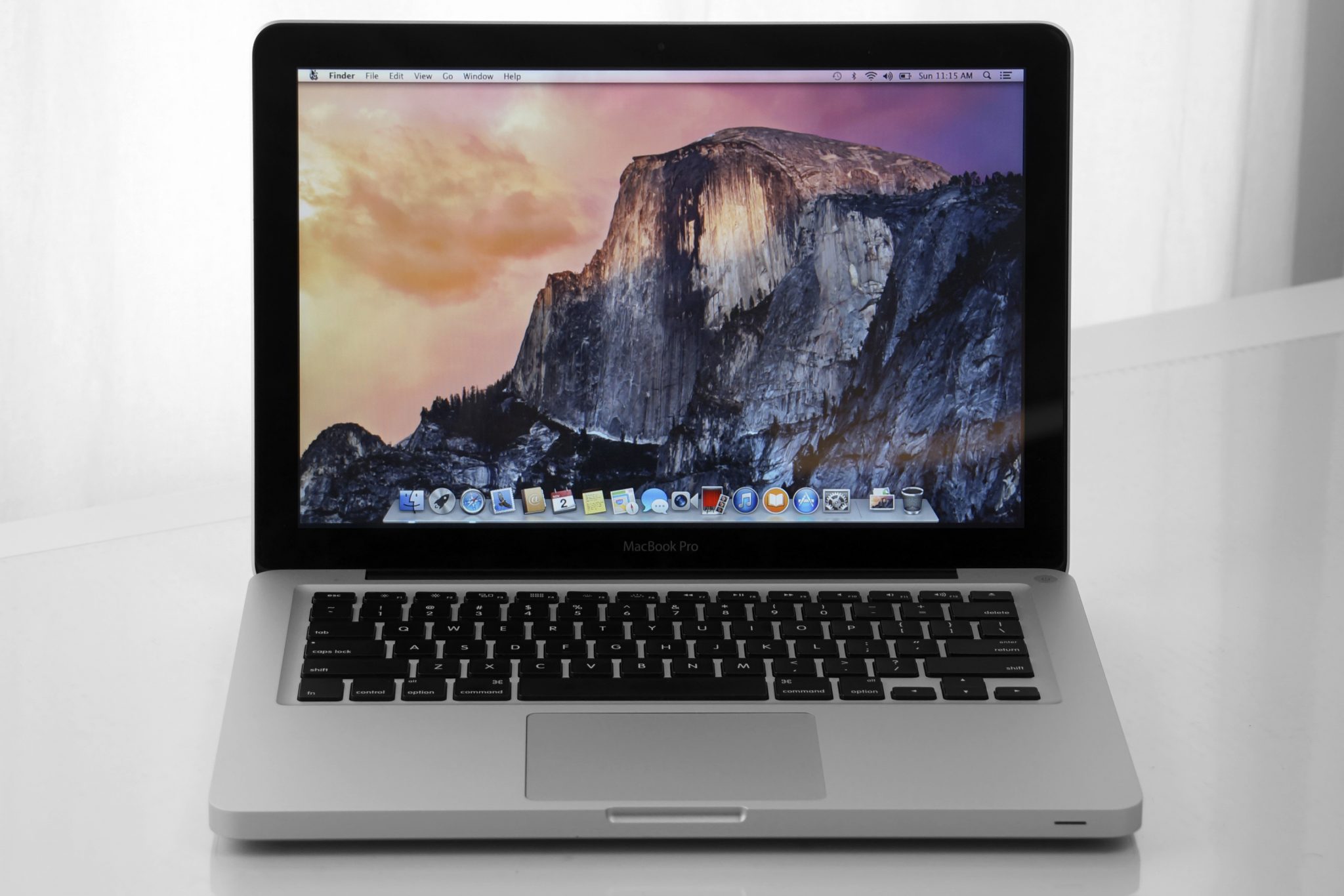 The model under the microscope is the high-end 15″ model, which contains a 2.2ghz Sandy Bride quad-core i7 processor, 4GB ram, and a 6750m from AMD. That’s a big upgrade from the previous generation. I’ve also opted for the high-res screen, which is a given in my (mac!)book. *pun intended* Apart from the high-end 15″ Macbook pro, Apple also offers two 13″ models and a single 17″ machine. Across the board, each model enjoys a faster processor, faster ram, and thunderbolt.

The latter is very interesting and a first for any laptop on the market! I’m actually not going into too much detail about it, but basically, it’s Intel’s answer to USB. The connection can transfer video, audio, and data, all simultaneously at very high speeds. That means that a DVD movie will transfer to external storage in about 6 seconds once supported hardware comes out Univers Inform.

When deciding between models, realize that the 13″ models all share Intel HD 3000 graphics as the sole provider. This is a source of frustration for gamers because the chip is pretty weak for modern games. The smaller models also use the gaps between the keys as speaker holes and lack a subwoofer; expect a slightly more tin sound.

The 17″ model has a 1920×1200 display and similar specs to the 15″ Macbook pro. This is both a good and bad thing, and the good thing is that you’ll have slightly more screen real estate, but gaming on the native resolution will definitely struggle.

As noted, Apple has retained its famous unibody design for this generation of Macbooks. I don’t consider this a bad thing. Built from a single piece of aluminum, this laptop is very scratch-resistant and clean-looking. My previous Macbook Pro (same design) definitely withstood the test of time. (not a single scratch!)

In my view, this is the best-looking laptop apart from the Macbook Air. Its design is very symmetrical, and everything is exactly where you’d expect it to be, like how the speaker holes match the vertical space used by the keyboard keys. The width of the hinge also perfectly matches the horizontal keyboard space. Using a combination of black and silver, Apple managed to create something very aesthetically pleasing.

However, I’d have loved to see some Macbook Air elements take over. The battery indicator, for one, seems unnecessary to me, and the DVD super drive is bound to disappear. Guess we can expect those changes in a redesign later on. Still, the Macbook Pro 2011 is the sturdiest and best-looking laptop out there, a real winner!

The 15″ model comes standard with a resolution of 1440×900. This can be upgraded to 1680×1050, something everyone should do. Apple uses a high-end TN display, so still no IPS, unfortunately. The viewing angles are decent, and it’s possible to read the text and distinguish details from any angle. However, inevitably, the screen washes out from the sides, especially grays become yellowish; notice the app store panel lines.

I also noticed that the screen has a weak spot for lower and upper angles. Even at a small degree, colors started to fade. This is why we want IPS panels; they’re noticeably better at this. Still, the Macbook Pro has one of the better screens out there. The colors really pop, and the pixel density feels just right. People looking for ultra-realistic color reproductions will have to look at production screens; what else is new?

For the first time, Apple managed to jam an HD facetime camera into the glossy display. This is a logical step in the evolution of video calling between Apple devices. To test this, I called my laptop using the iPhone 4 and configured the facetime app.

Calling is easy and direct. Click a phone number or e-mail in your contacts, and the system will attempt to set up a facetime call. This process can sometimes take a little longer depending on the network, but it’s usually a smooth ride after the initial process. The image is crisp and pleasing but without being overwhelming. The image is still soft and comparable to Logitech solutions at best. Still, for such a small camera, that’s a solid achievement. 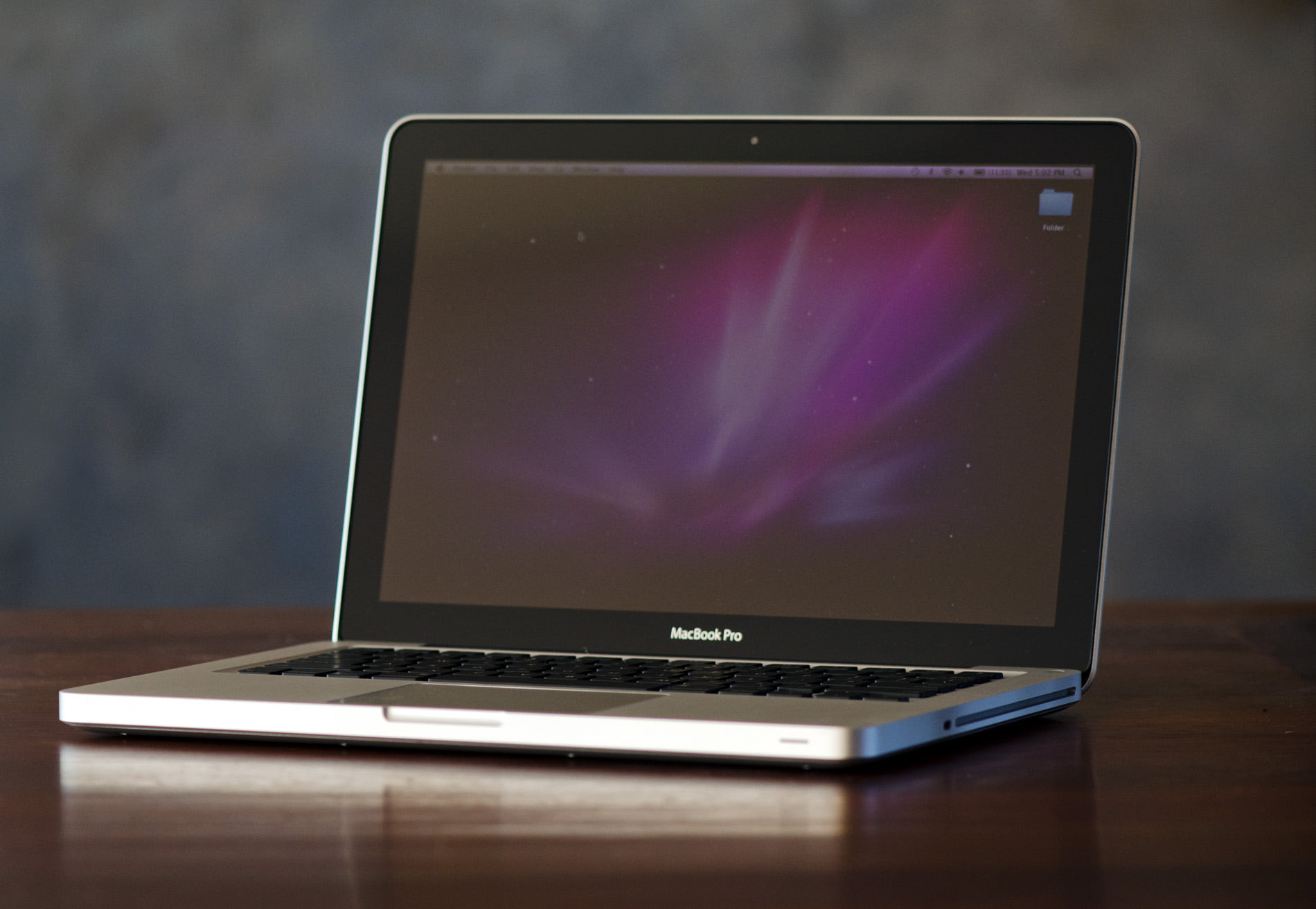 Now it’s time to put the internals to the test. This is Apple’s fastest notebook offering, so my expectations were sky-high. The first thing I wanted to have a look at is the battery. Apple advertises 7 hours of battery for every Macbook Pro model it offers, and that’s down from 8-10 hours for the previous generation. Most of this is probably due to the faster processor and a new way of testing that better represents real-world results.

I fully charged the laptop and left the settings at default. The brightness sensor was turned on for more realistic results. During the test, I used everyday apps like Microsoft Word and Safari. To mix things up, some light 3D work was thrown into the mix.