Is There Really a Recovery From Google Slaps?

If you head out on My Update System  Google and search for ‘recovery from Google’ or ‘recover from Google Penguin,’ or Panda or algorithm updates, you’re going to find a ton of people out there touting that they’ll get you back on track for X amount of dollars. 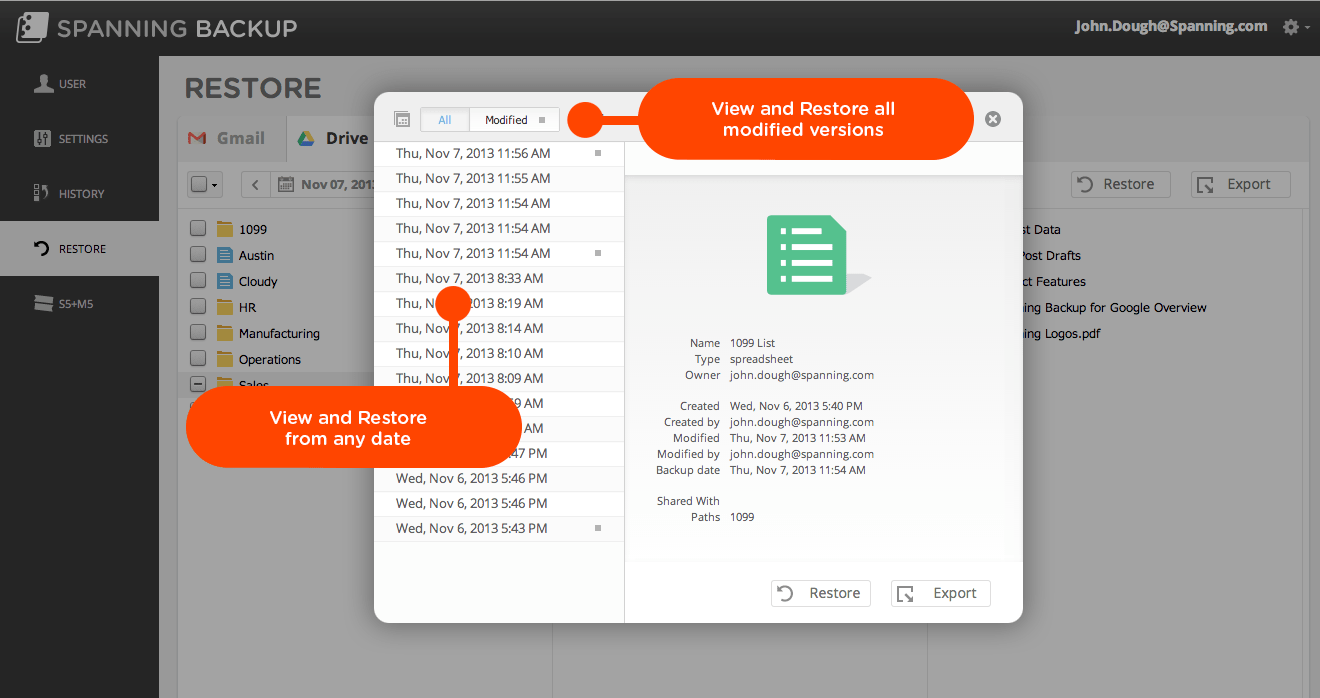 You’re told you have to contact site owners and have links removed coming into your site. You’re told you have to do this – do that – do something else, create new links this way, listen to “gurus” tell you this is the “new way” to build links post-Panda and post-Penguin. And for a limited time, you can get our services for $997! What? Seriously, why would you want to pay someone for something you can do – and should do – yourself?

My e-commerce site was not only slammed by Google’s algorithm updates in September 2012 but it was also buried – cremated may sound even better. How, you might ask? To this day, I’m not really too sure if it was the Penguin or Panda update, but one of those bad-asses animals took me down – HARD. My site went from about 150-175 unique visitors a day to TWO – overnight. Like many, many other site owners out there, I was devastated! In less than 24 hours, my site got buried back on page 15+ on Google.

And if that wasn’t enough, Google started de-indexing my pages – one by one until I was left with nothing but the handful of solid backlinks I’d gotten over the last few years of being in business. I didn’t know what to do. I’d actually had the site and business up for sale for a couple of weeks before the take-down, but after Google hammered me, I couldn’t have given the site away. So I left it to sit for about another month while Google systematically de-indexed about 85% of the site’s pages. Slow but sure death and cremation of a site I’d worked hours and hours and hours to build and rebuild. Gone.

Now, I have to say; this wasn’t one of those “niche sites” just for making AdSense or Amazon cash. This was a full-fledged storefront for a product that I designed and sold myself. And I’d taken it from nothing to being on the front page of Google between #1 and #8 position for most of the primary keywords I wanted. I was gaining an edge on some of my top competitors when – BAM – Google decided my site just wasn’t good enough. I’d worked on this site for the better part of four years and had registered a brand new NON-exact match domain name about six months before the slam. So I was rather livid, to say the least. I will say that hearing some mega-major corporations being slammed also made me feel a little better. At least I knew I wasn’t alone, for whatever that was worth.

So what did I do to get back into Google’s good graces? I didn’t file a reconsideration petition. I didn’t follow the “advice” from the “gurus” and buy a new domain name or contact the site owners from where my allegedly “spammy links” were coming from. In fact, when I did a backlink analysis, there really wasn’t much there to be concerned with. So that left on-page issues like overusing certain keywords and/or lacking significant content. Some “gurus” said my site was worthless now, so I may as well ‘put my big girl panties on and accept it. Quit. Do something else. You’re done. You did something wrong, and now you can’t undo it.

Contents Summary show
I am so glad I didn’t listen to any of them!!
So what did I learn from this?

I am so glad I didn’t listen to any of them!!

I knew I had a valuable website with something to say, a great product to offer, and content that just needed some updating to be more valuable. So I decided to start on my path to recovery, exhume the ashes of my now more-than-dead site and get to work.

Step One – Remove the Site from Google Analytics
That’s right. They de-indexed the site, so why bother analyzing it anymore. They took it from me; I took it from them.

Step Two – Take It Down.
Yup. I removed every last file from the server and replaced it with only two files – the index and the custom 404. Regardless of where people landed, they got the same message – and this is crucial in retaining visitors even during downtime.

I did not use any “under construction” images or anything like that. I did a video on camera explaining that I had taken the site down temporarily while doing a complete renovation. Please bookmark the site and stop back around December 5. Why did I give them a date? Because I didn’t want to have to do another video, for one, it gave me a deadline to work towards, so I wouldn’t get sidetracked doing anything else. The same video announcement went on both the temporary home page and on the custom 404 pages.

Step Three – Get Educated.
This was something I learned while wandering around YouTube in a daze one day, wondering what to do with my site. Sometimes a good redesign with some updated content can do the trick. But you have to know what is wrong and how to fix it. And that takes some research.

My site was built as an HTML/CSS static site, which now that I know more about WordPress, I know using an HTML site leaves a HUGE margin for error if you’re not careful. And now I believe this was one of the main negatives for my site. The URL structure was not correct for the site, and the way I was copy/pasting pages to use for other pages encouraged the dreaded “duplicate content” within the site.

The duplicate content actually came in repeated meta tag keywords and meta descriptions showing up on more than one page. Google does not like that – at all. And they’ll let you know by starting to de-index those alleged ‘spammy’ pages. So I knew I had to rebuild the site using WordPress. And that meant learning a lot more about WordPress than just setting up a content blog. This was serious business here. My old HTML site had the lightbox effect for the product images and a custom order form, and I had to replicate that in the new site.

Step Four – Go to YouTube
And watch a lot of instructional videos about WordPress. On YouTube, I found out how to install the lightbox plug-in, includes the plug-in for WordPress, and structure the URLs for a solid site that Google would love.

Step Five – Dig In and Start to Work!
Since using it to rebuild another site, I’d already started to get familiar with the Atahualpa theme, so I figured I’d start with that theme and go from there. Again, because I’m an admitted YouTube junkie, I go there first when I need help with stuff. So I spent a lot of time with two browser windows open – one with a YouTube instructional video, the other with the WordPress dashboard open following along.

I’ve also learned a lot about PhotoShop via YouTube, which helped me design a new header image for the site. Once the framework was done, i.e., color scheme, layout, CSS adds, etc., it was time to start copy/pasting over 200 pages of HTML into Pages and Posts. I love using shortcodes and Include files, so I went back to YouTube and found the video I needed to learn how to do that in WordPress. A piece of cake.

Step Six-Time for the New Sitemap!
After about 60 hours, yes, an entire week of “overtime,” the site was ready for its new sitemap and re-add to Google Analytics.

Step Seven-Time, Patience, Education, and WORK
Paid off! I added the site back to Google Analytics along with a brand new 267-page sitemap on December 1. December 2, I checked, and they had already indexed 179 pages! And that was after they’d de-indexed all but 23 of 260 pages a couple of months earlier! 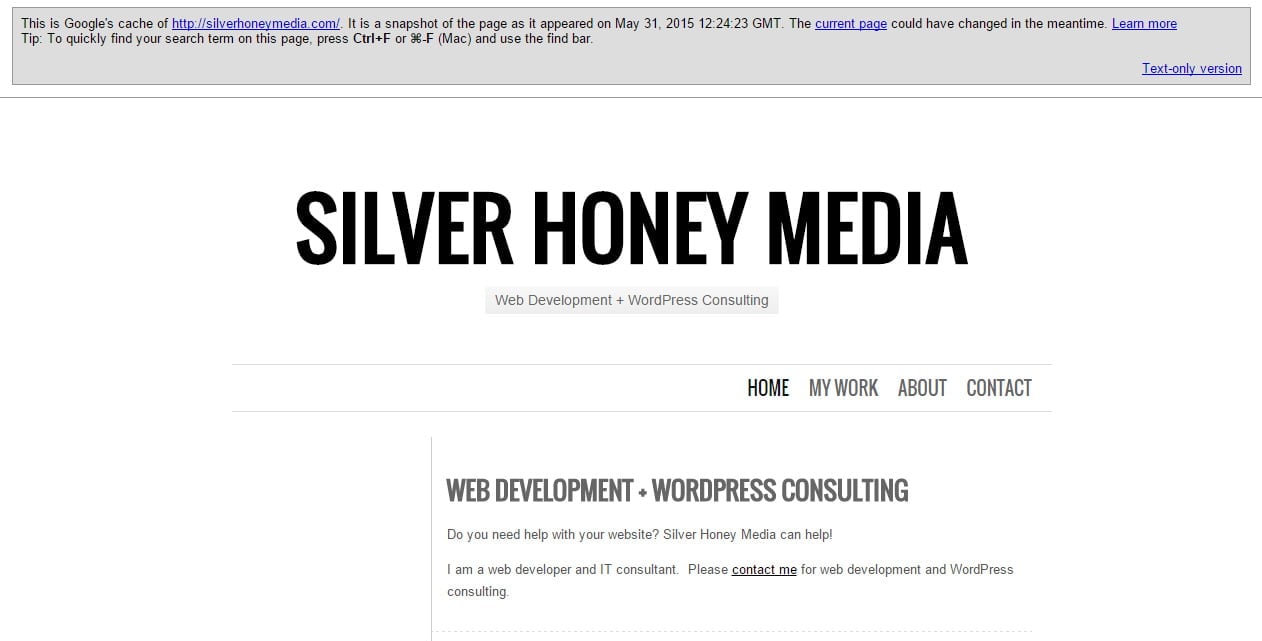 So what did I learn from this?

First, when it needs to be done right – Do It Yourself! There are just some things that can’t and shouldn’t be outsourced to anyone else. And when it comes to your business website, this needs to be taken on by you alone. Why? You know what you want, and it’s beneficial .actually to get the education

Learn new things along the way because they’ll be easier to fix in the future if you have to edit something. Also, as I moved along through the rebuilding, I recognized several areas where what I had created the first time probably was seen by Google ‘bots as spamming and duplicate content. If I’d outsourced the job to someone else to “copy/paste” their way through rebuilding, they might not have recognized it.

WordPress Is Not Just For Blogging

7 WordPress Troubles and Their Solutions