A. THE AVERAGE BROKER/AGENT INTERMEDIARY TODAY, FAIL & EARN NO INCOME

According to studies, primarily because of the central role that the Internet has played in international trading, the real market for the intermediaries or middlemen in the international ‘secondary’ market trading has been collapsing quite rapidly in recent times. Estimates from such experts and accounts by an experienced trader assert that 2000 was the last “good year” for the intermediary in the business. Kamal J. 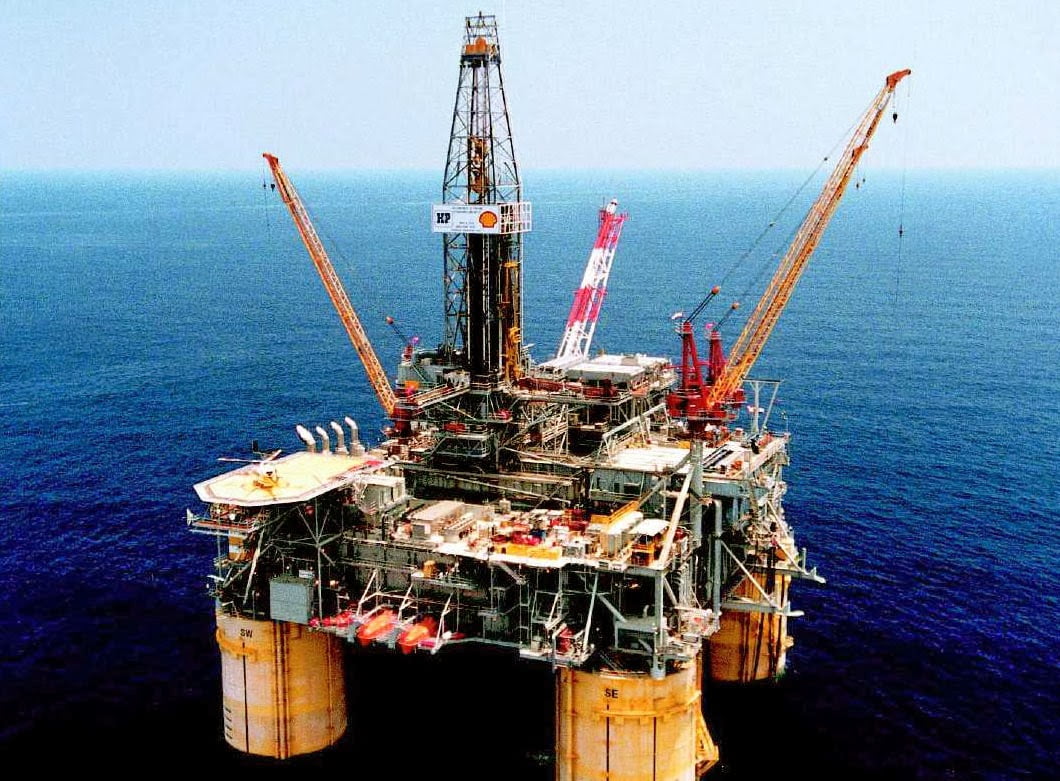 Southall, for example, maintains that “after 2000, the critical mass of brokers and traders who were ill-informed and poorly trained, as well as of fraudulently applied offers and scams, reached the point that real end-buyers manufacturers and suppliers simply stopped responding [to intermediaries] except in exceptional cases.”

Southall estimates, citing another experts’ calculation, that out of some one million individuals currently trying to make it as brokers or trade intermediaries in the world, “perhaps no more than 1% has the training and skill needed ever to close a deal… [meaning that] the overwhelming majority, are trading blindly, [hence] deals are collapsing… and more to the point, [oil dealers are] being defrauded – sometimes massively.”

In point of fact, the consensus among experts is that previously, before the current advent of the predominance of the Internet in international trading when facsimile and telex trading was the supreme medium for the business, there had existed a reasonably robust and viable market, although small, for the intermediary agent. It was rather common for an intermediary to get to a contract closing stage occasionally and to close deals and earn at least reasonable commission incomes.

But that there has NOT been such an intermediary market lately for some years now, since the new Internet era. But rather, that such a market for the intermediary has essentially been dead for all but the most skilled and experienced intermediary in the market today – killed in part, though by no means completely, by the preeminent use of the Internet medium by the Internet trader and intermediary.

In short, the new reality of today is that while, in the days before the Internet, the average broker, agent, or other intermediary or ‘middleman’ involved in international trading generally and successfully closed deals and earned decent income with at least some modest frequency, quite to the contrary, such broker or agent or another intermediary who operate in this current Internet era, on the other hand, hardly closes any deals or earns any income in the business anymore.

And what factors account for this phenomenon – for the fact that these brokers and other intermediaries generally make no sales or income in this Internet era?.

B. MAJOR REASONS ACCOUNTING FOR THIS

Many factors account for this. Briefly summed up, they range from the dramatically increased number of scams and fraudsters in the business, made much easier by the shield of anonymity provided by the Internet, to relative lack of proper training, skills, or knowledge in the fundamentals of the business prevalent among the modern class of brokers and other intermediaries as a result of the easiness of requisite qualification for one to become an Internet “broker” or intermediary, to the element of the increased pervasiveness of “The Joker Broker” mentality and behavior among the Internet-era brokers, agents & other intermediaries. However, all these various causative factors being duly considered, perhaps the single, overarching, most paramount consideration accounting for the woeful failure and inability of the modern broker and the intermediary to do business successfully, could be subsumed into this one central theme and be summed up as follows: the use of, and reliance upon, badly flawed and erroneous methodology, rules and procedures for oil deals on the part of the modern class of intermediaries in doing business – a class of intermediaries that is often typically notorious for being particularly untrained, misguided and uninformed as to the actual and proper way of doing the business.

Most, unfortunately, frequently the result of the above reality is that by largely relying upon and using such misguided and badly flawed methodology and procedures in doing business, such brokers and agents, who are notorious, as well, for often being overzealous, self-consumed, and desperate to find a buyer or make a quick commission at all costs, essentially become, themselves, actually the biggest obstacles to themselves and fellow brokers and agents in successfully closing deals or making money in the oil trading business!

Broadly speaking, there are a few basic identifiable major ways in which this rather awesome phenomenon of the modern overzealous and misguided Internet broker or agent constituting an obstacle in successfully doing business frequently manifests itself.

USE OF BADLY FLAWED & IMPRACTICAL METHODOLOGY AND PROCEDURES IN DOING BUSINESS

But, probably the most impactful but pervasive way and how the overzealous and misguided broker/agent intermediary frequently constitutes himself (or herself), whether intentionally or unintentionally, into a crippling obstacle, rather than an aid or facilitator, to successfully doing petroleum deals or closing one, is basically by their use of methodology and procedures which are badly flawed and erroneous, unrealistic, unreal, impracticable, and oftentimes downright pie-in-the-sky like and comical.

A classic example of that is the frequent resort by many Internet brokers and agents to use the arcane procedures such as the ‘LOI,’ ‘ICPO,’ ‘NCND,’ ‘BCL,’ etc., in doing business. According to many respected experts and seasoned practitioners in the trading field, the employment of procedures such as these by any supplier or intermediary is virtually an automatic marker that immediately gives away the user as a trade amateur or intermediary and a failure who not only lacks the requisite training or knowledge of the proper trading procedures, but who apparently has never successfully closed any deals, and never will. Indeed, to a seasoned buyer (or the agent of one), getting sales to offer from a supplier or agent which opens with such terms and procedures is typically a clear marker which automatically sets off an alarm bell in such a buyer’s head, spelling danger and potential doom to the buyer. As one expert put it, “In fact, the presence of many of these terms are considered to be signs of Advance Fee Fraud by knowledgeable players and law enforcement.”

This is how an intermediary who admitted to being a failed Joker-Broker with a prior record of a string of failures, but who later acquired the proper training and became a reformed broker, and is now a successful multi-deal closer, sums it up, writing in the jockerbroker.com website:

“When a deal starts with ‘send ICPO with BCL or Soft Probe, NCND and IMFPA,’ this is ‘broker language.’ Those that know broker language know what this means: ‘I’m a joker broker. I don’t have any real product for sale. I don’t know anyone who has any, so I want you to give me an Irrevocable Purchase Order with your full financial details disclosed, so I can run around with your order and your money in my hands, looking for a product. The next thing you see will be your company and banking details exposed to the whole world, running around unsecured on the Internet for thousands of other joker brokers.’ 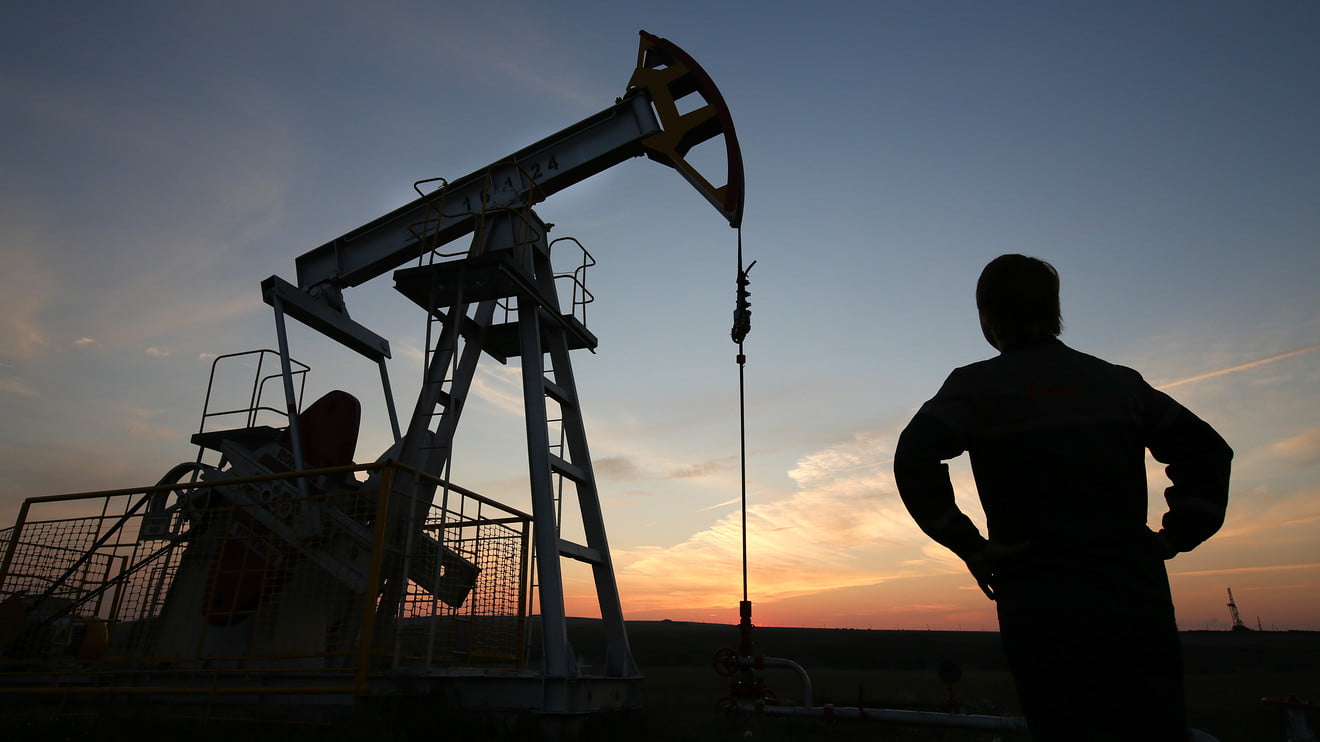 Fundamentally, the primary reason for using such procedures is generally viewed by experts as badly flawed and improper and as often constituting the biggest obstacles to many a broker or agent in successfully closing deals or making money in the oil trading business is rather simple. Those procedures and methodology are inappropriate or unworkable and impracticable, pure and simple! They are inappropriate and unworkable within the context of the real world of the business environment in which they are trying to operate or do business. And consequently, because those procedures and methodology are of such nature, they invariably fail and inevitably never work. Why? Basically, because suppliers who receive such stupid procedures from intermediaries or potential buyers are already sickened by those kinds of procedures, they just can’t be bothered to reply to them. Similarly, the end buyers won’t be bothered with replying to equally stupid and sickening offers from sellers. In consequence, the result is that the only people supposedly ‘trading’ are merely the misguided intermediaries passing around make-belief ‘deals’ from one misguided intermediary to another, essentially consisting, for the most part, of shoving around the usual inappropriate or unworkable procedures like the ‘LOI.’ ‘BCL,’ ‘ICPO,’ and unverified ‘POP.’

Indeed, say some experts – most of whom often characterize these procedures in derogatory terms like ‘unsafe,’ ‘impracticable,’ ‘misguided,’ and ‘misused’ – many a time even the intermediaries, themselves, who employ these terms and procedures are fully well aware that they have not been able to close a deal for months, even years, of using these badly flawed terms and procedures, and probably never will. But yet, these experts add, these intermediaries will not admit that these methods are flawed and have not gotten them any deals in the past, and each new intermediary in the ‘broker chain’ continues, anyway, to pass the flawed copied methods down the unending ‘daisy chain,’ from one broker/agent intermediary to the other in their make-belief ‘deals’ and ‘trading.’

SO, WHY DO This JOKER BROKER TYPES INTERMEDIARIES STILL PERSIST IN USING THESE FLAWED PROCEDURES, NEVERTHELESS?

Given the central reality, we’ve just sketched above to the effect that these procedures and methodology are often inappropriate or unworkable. They invariably fail and have no income on the part of Internet intermediaries. A major curious question of immense relevance is this: Why then? Why then is it that these Internet intermediaries generally refuse to use the correct oil deal procedures but plunge ahead, anyway, and still engage in doing business using precisely those same badly flawed and unproductive procedures? Or, to put it another way, what forces or interests apparently impel them to keep conducting business that way, any way, such that, in effect, by conducting business that way, that precise role that such intermediaries play generally makes them, whether wittingly or unwittingly, a prime obstacle on their own path, and the path of most other intermediaries, in being able to close deals or to earn income?

The basic reason, in a word, is largely related to the personal financial self-interest of the intermediaries and the desperate selfish desire on their part to quickly land a real supplier or secure a commission income by any means whatsoever.

Many insightful experts and keen observers have noted, for example, that many of these arcane procedures being employed by these Internet intermediaries (the LOI, ICPO, BCL, NCND, etc.) are actually usually not initiated or required by the principal traders (i.e., the buyer or the seller) involved in the business, but are merely the personal inventions and initiatives of the overzealous intermediary types created, designed, improvised, and used largely by them to gain for themselves some undue control in the trading process, and, most importantly for them, to avoid “circumvention” by other intermediaries in a deal, and, thereby to create or justify getting paid a commission income, themselves, in a deal. 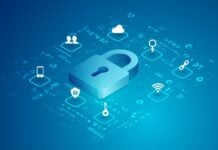 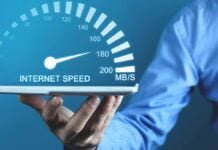