At a media forum on Thursday, July 8, 2010, at the Allen & Co’s Sun Valley conference, Google executives Larry Page and Sergey Brin informed Journalists that Steve Jobs was re-writing Android’s history to align with Apple’s interests. They argued that contrary to Steve Jobs claims, Google worked on Android long before the iPhone was launched in 2007. According to Mr. Page: “We had been working on 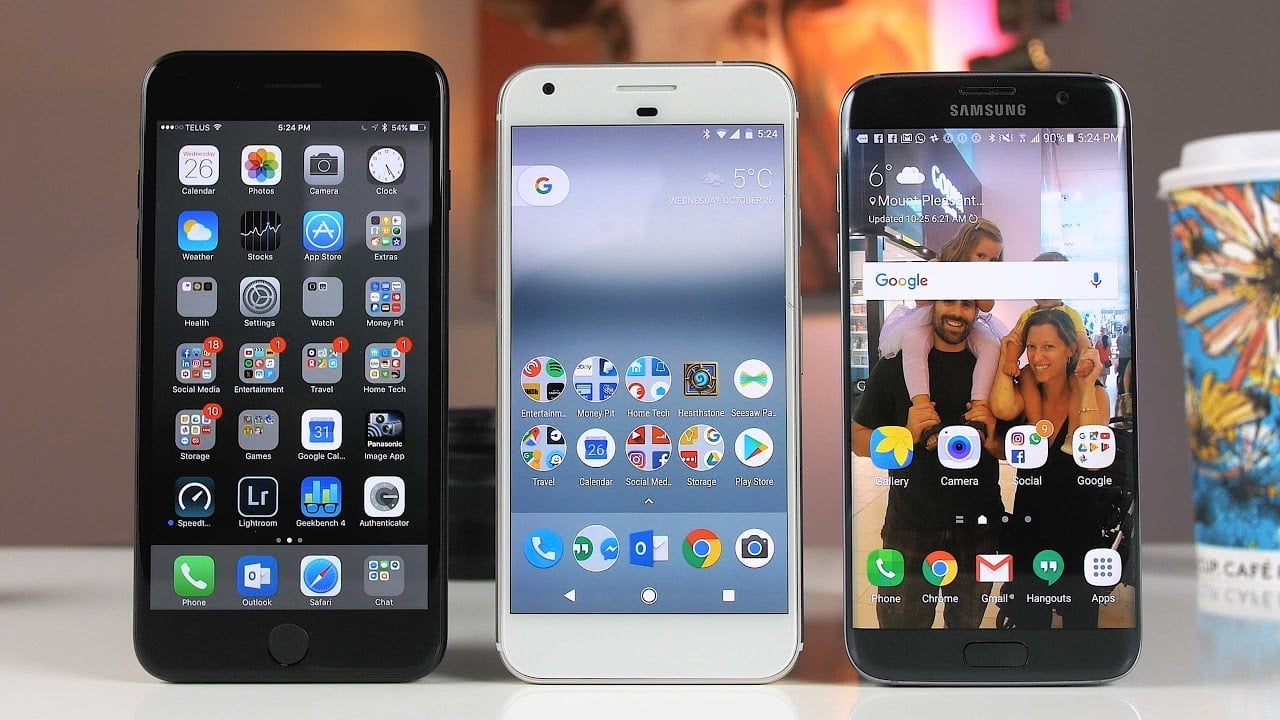 Android for a very long time, with the notion of producing internet-enabled phones with good browsers and all that because that did not exist in the marketplace. I think that the characterization of us as entering after the iPhone was introduced is not really reasonable. ” Google co-founder Larry Page opined that Mr. Jobs claim that Google went into the phone business to challenge Apple iPhone was false.

However, a review of smartphone history will show that Google acquired Android in 2005 and began making phone prototypes soon afterward. Informed sources say the model of the Android phones that Mr. Jobs saw looked more like the Blackberry. This suggests that Google’s initial idea may not have been to make phones that look like the iPhone.
Now the question most industry watchers are asking is if Google had been working on an

Android-powered phone why did they wait until September 2008, a year after the iPhone was launched, to introduce the G1 phone? In addition, the facts suggest that it was because of tensions over Google’s entry into the phone business that may contribute to the exit of Mr. Eric Schmidt from the Apple board. Analysts believe that Google may have been working on an android powered phone before the iPhone was introduced, but the iPhone seemed to have given them better insights into how to perfect their own smartphone. This is especially true given the resemblance of the Nexus One to the iPhone. 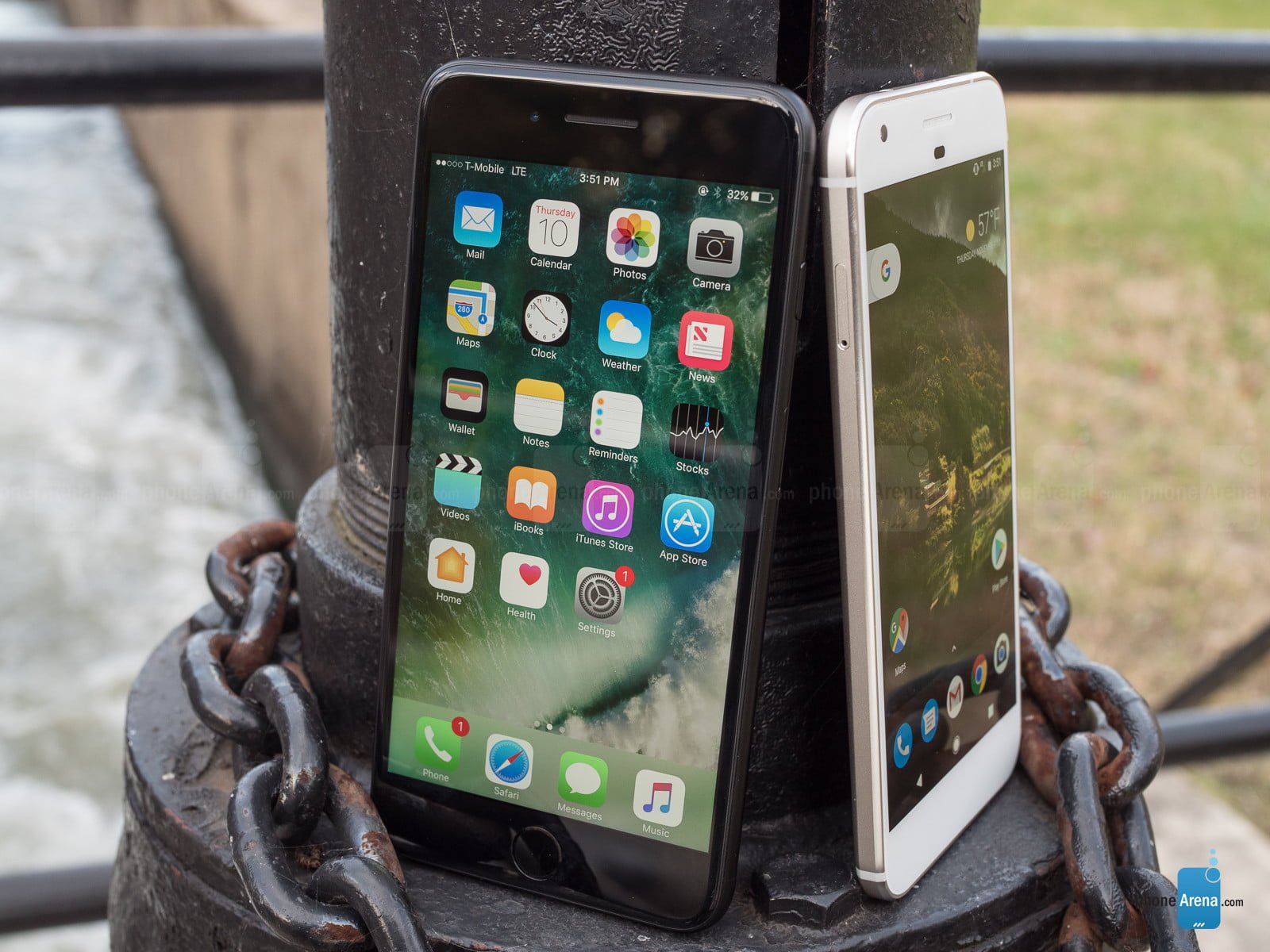 Further confirmation of Google’s motive for launching the Android phones could be gleaned from comments they made at the Google I/O conference held last May. At the event, Google explained that they introduced Android to consumers so that Apple would not acquire enormous influence that could become draconian.

In addition, the facts seem to suggest that Google went into the phone business following the realization that the future of computing would be in portable devices like phones and tablet computers. As a result, they went into the phone business to dominate web search on that platform just like they had done on the desktop. This notion is supported by Eric Schmidt, CEO of Google, in published comments, he made in an interview with the UK Guardian newspaper on June 25th, 2010. In that interview, Mr. Schmidt suggested that he wants Android to be the Windows of Mobile.

Also, in that same interview, Mr. Schmidt made critical comments about Microsoft Windows. He said: “You have to ask how on earth Windows Phone – which will have a paid-for license – is ever going to attract any handset makers, but it must be loudest for developers considering whether the shrinking, forwards-incompatible pool of Windows Mobile phones is

really worth bothering with”. In contrast, Apple appears to have gone into the phone business as a re-positioning strategy and intending to make huge revenue from the sale of the smartphone hardware itself. Also, with the advent of smartphones, Apple realized that there was a huge potential in mobile Advertising. This was why they sought to

acquire Admob. While Apple was negotiating to buy Admob, a mobile advertising company, Google quickly stepped in and acquired Admob. As a result, Apple went ahead to acquire Quatro wireless which is Admob’s biggest competitor. In reaction to Google’s acquisition of Admob, Apple has re-written the rules of its mobile Advertising platform called the iAd, therefore, shutting out Admob, which Google had acquired.

As the smartphone war rages on Bloomberg, news reports that Apple has sold more than 50 million iPhones since its introduction. According to Apple CEO, Steve Jobs the latest version, iPhone 4, has sold more than 3 million units since its June 24, 2010 debut. Analysts believe iPhones account for nearly 35 percent of Apple’s $42. 9 billion revenue. Also, the iPhone has over 200 000 applications with over 5 billion downloads to date.

The rapid growth of applications on Apple’s ecosystem could be traced to the company’s initial incentive to developers. For example, in the beginning, to encourage applications that will run on the iPhone, Apple made an indirect investment by a $100 million venture-capital fund set up by Kleiner Perkins Caufield & Byers. Today Apple has paid over one billion dollars to developers since its inception.