If you consider buying a tablet and would like to learn some info on the Nexus 7 from a real user/tech guy, read below. I don’t side with Apple or Android, or Amazon. So I try to compare everything fairly.

The official Google Nexus & in Hand

I’ve had the Google Nexus 7 tablet for about a week, and it’s better than I expected. 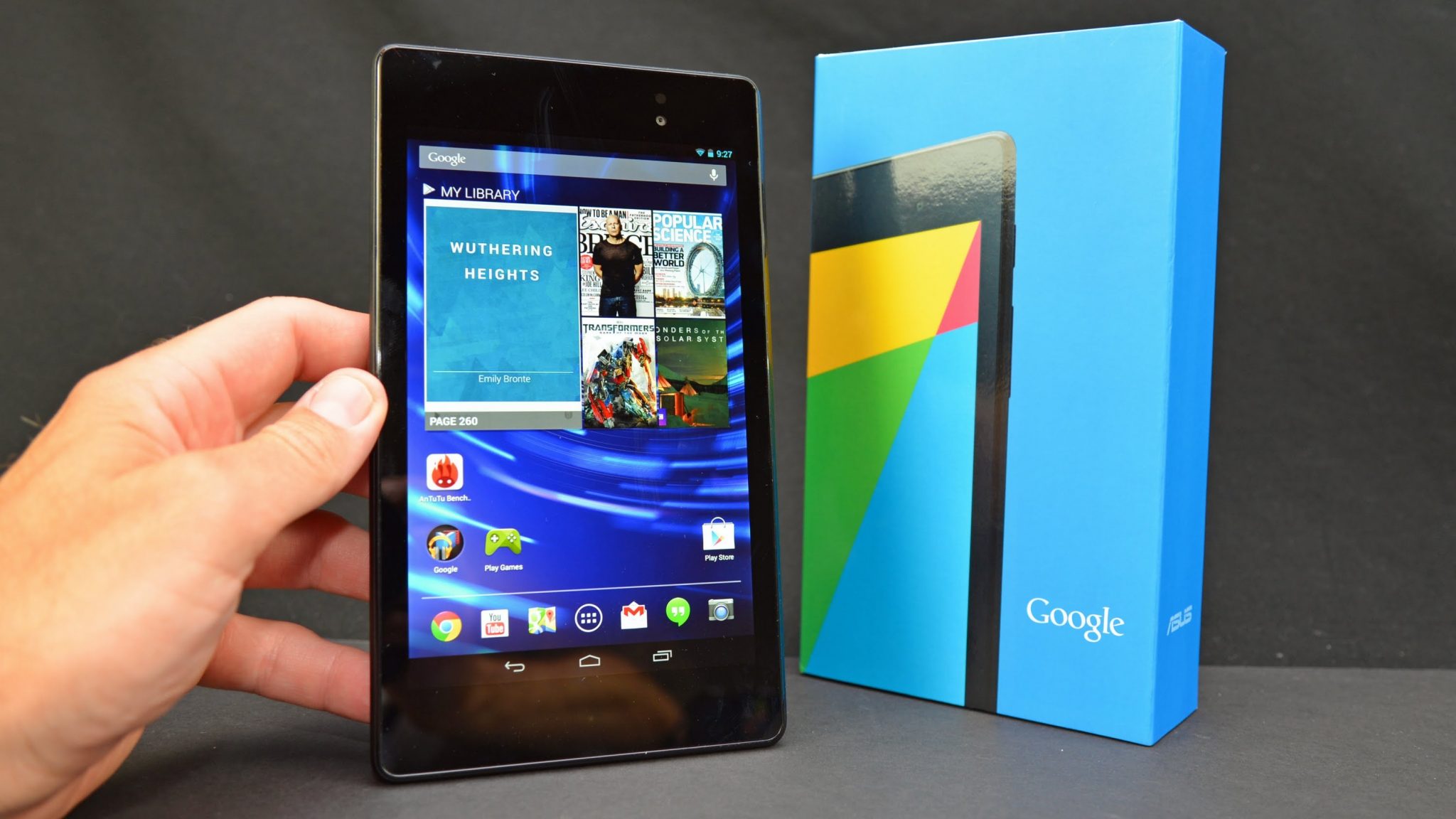 I have had many Apple iPods and have a Samsung Galaxy Player 5.0 (Android 2.3). So I might reference that one in a while in this article. Also, keep in mind I never used Android 3.0 honeycomb, so if I say a feature is new, it’s possible it was in Honeycomb, but I’m comparing it more to Android 2.3 (Gingerbread), which is more of a phone OS. I have never owned an iPad but use it a lot at work, so I know how they function and their features. I may reference those once in a while. I have not used a Kindle fire enough to comment on it.

I never could justify why I would spend $500 on a tablet when I can get a laptop for $500 and do more on it since it has a keyboard and is a full operating system. But the price of the Nexus and the performance got my attention.

Part of me wanted to see how a 7″ tablet felt and what it could help in my daily life, but more importantly, I wanted something I could play music on to my Bluetooth speakers with the good-sized screen. It works excellent for music, games, web browsing, email, and the internet. Everything runs very nice, and it seems Android fixed most issues from past versions. I also love the latest Google Voice feature. Apples’ equivalent, which is Siri, is something you currently can’t get on an iPad. That is one big reason why I’d get this over an iPad. I can do things like say “Set Timer,” “directions to,” etc.

People don’t compare this to the iPad, but actually, now that I’ve played around with it, I feel you can compare it to an iPad. Initially, I really didn’t want the 7″ screen and would have preferred a 10,” but after owning it, I do now prefer the 7″ because I can hold it in 1 hand. With a 10″ like the iPad, it’s not as easy to hold, and it’s a nice size for games and traveling.

The Nexus 7 is just as good as an iPad for games and will save you about $200 over an iPad if you are looking for a tablet device. Most popular games are available for Android. Android tablets have not been popular, so some apps you might find still need some catching up with The Info Blog. Here are things I feel people might want to know or that I found important.

It works nice and is very smooth; they added the feature Home Screen doesn’t rotate, but this app will fix that for you and allow you to rotate the screen when you turn the device horizontal. It’s called “Ultimate Rotation Control.”

This still annoys me with all Android devices I’ve tried yet! I thought they would have fixed it by now. If you yell loud into the microphone it gets all distorted more than it should. The Nexus 7 still does this. Now I’ve only tested it in full on the Samsung Galaxy player. Both distort and annoy me. Apple’s iPod touch can hand yelling and loud sounds a lot better than the Nexus 7. It takes a lot to distort Apple device microphones.

When I say Apple devices, I am talking about the Apple iPod and assuming their other devices have the same mic. I know the old iPod Nano video did have a horrible mic, but that is no longer around. Maybe there is a better Android app out there for recording, I’ll have to look around still, but I think part of this issue might be the “AGC.” Some apps let you shut it off. That definitely helped on my Galaxy Player 5. I record myself playing guitar and stuff with music on these devices, so the microphone to me is important.

The speaker is pretty good but not blasting. It’s kind of like an iPad speaker; I would guess, maybe a little lower. I don’t have an iPad with me to compare. The Nexus 7 defiantly is not louder than an iPad speaker, from what I can tell. My Galaxy Player 5.0 has better speakers, and tIn my opinion, they are a lot louder and have a little more bass than the Nexus. Suppose you are using the Nexus 7 with Bluetooth speakers to blast music. Don’t get me wrong; you definitely can listen to music on the Nexus 7. You just can’t blast the heck out of a room with it like a stereo that no one can talk over. It’s a good volume.

There is no flash on the Nexus 7. There is only a front face camera, no rear camera. There is no camera app on it, but you can download it from the Play Store, just search for “Camera launcher for Nexus 7”. Photos and videos are what you would expect from a 1.2MP. Nothing amazing, but it does take pictures and video if you have lighting where you are shooting. There is no flash.